At some point in your career, if you are lucky, you find somebody approachable who’s blazed trails and navigated difficulties in ways you can model. I can speak to this because I was fortunate enough to meet a humble high achiever who not only inspires me but also took an interest in helping me along. Her guidance has made all the difference to me—personally as well as professionally.

I tell you my mentoring story today in hopes it will move you to seek out a mentor—or to become one.

Through thick and thin 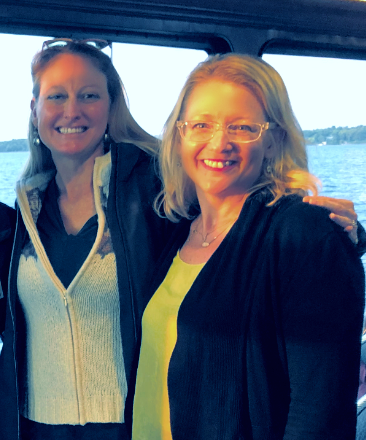 After finishing my diagnostic radiology residency at Baylor University Medical Center in 2008, I completed a musculoskeletal fellowship at the Mayo Clinic in Arizona. One of the textbooks I studied during my residency was authored by Catherine “Cat” Roberts, MD. Cat has authored more articles than I can count and has built a hugely influential career in academic radiology, quality improvement, clinical informatics and as Professor of Radiology in the Mayo Clinic College of Medicine. I had the pleasure to be trained by her during my fellowship.

Since the day I met her, Cat has been my guide and mentor through one major life transition after the next.

The first of these transitions came after I looked at a variety of different practice types and sought Cat’s advice about each. After much thought, I joined a small private practice.

Life never goes on pause while you are trying to build your career. Cat was there for me during the ups and downs, celebrating my personal and professional victories and guiding me during the losses.

After more than nine years at the small practice, I made the very tough decision to leave in hopes of finding professional growth while maintaining a better work-life balance. After much thought of where to go next, I made the decision to take a position as a director of oncological imaging at a large outpatient imaging company.

My work during this period was very rewarding, and I met many new colleagues who are now my friends.

However, after a year at this position, it became clear to me that my work-life balance needed adjustment. I reached out to Cat to seek advice on what life was like working as a teleradiologist at vRad. By this time she had made the transition to teleradiology after many years as an on-site, academic radiologist.

All roads led to tele

I had known about vRad and the CMO, Dr. Ben Strong, since the beginning of my radiology training. I knew that if I were to choose teleradiology, vRad would be my top choice because of its good reputation for long-term stability, great leadership, amazing platform and transparency.

Teleradiology, Cat told me, promised a better work-life balance, less stress—and, crucially, a focus on patient care with fewer distractions than could be found in either a private practice or an academic medicine setting.

I felt excited yet hesitant. I feared that joining a practice of 500 teleradiologists would mean disappearing into anonymity—just another name on a report. Plus I would have to leave a familiar setting for the unknown. 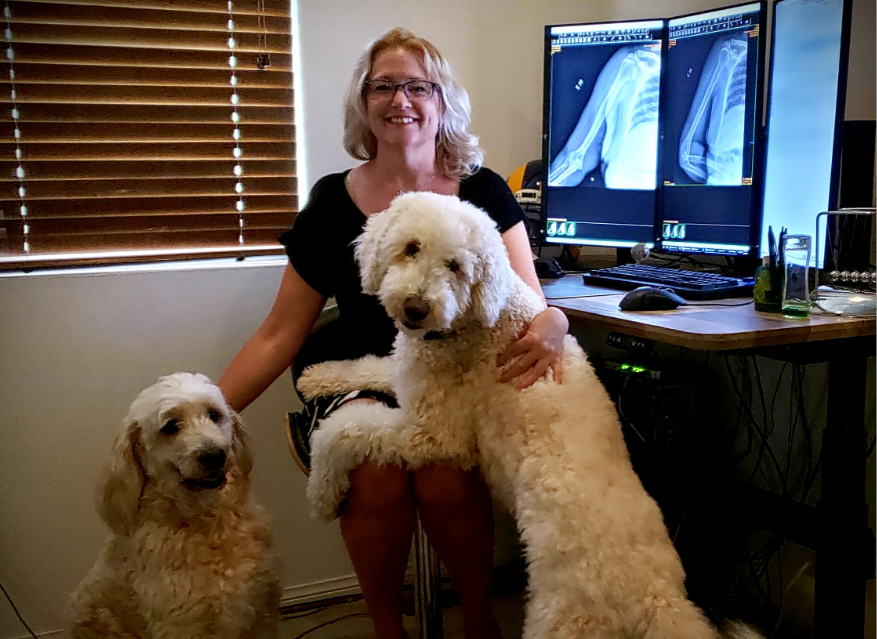 Although I felt the fear, I joined vRad in 2018, thanks largely to Dr. Roberts’ nudge. Once here, I quickly learned that my circle of mentors was about to expand. vRad has a wonderful program pairing new radiologists with established volunteer advisors for the incoming radiologists. These advisors answer questions, regularly check in and review your reports for your first three months.

I had the good fortune to have Max Khatibi, MD, as my “buddy,” which is what everyone calls these amazingly helpful advisors. He was and continues to be there whenever I have a question, need advice on the new platform or dictation software—or just needed to get plugged in to the support of my new team. Best of all, I now consider Max a second mentor of mine.

Today I can say that I have never been happier with both my work and my life outside of work.

In fact, I’ve become an unabashed champion not just for teleradiology but also for vRad. This has everything to do with the warm support and mentorship I’ve received within the practice. It’s such a rare thing.

Jennifer Kujak, MD completed her residency at Baylor University Medical Center and completed a musculoskeletal fellowship at Mayo Clinic in Arizona. She came to vRad after 10 years in private practice.

PREVIOUS POST
6 Things Every Radiologist Should Know About CME

Next Post
Rad Results: The mobile app that connects radiologists with the patient care team

Get started with vRad!

6 Questions Every Radiologist Should Ask Before Reading Remotely

Radiologists are looking for more work-life balance. In response, practices of all sizes have been letting rads read from home.

But here’s the catch. By itself, teleradiology doesn’t optimize work-life balance. In fact, a virtual workplace can be every bit as demanding and draining as a traditional office. If you don’t have access to seasoned, telehealth-specific technology, support and culture—you’re only jumping from frying pan to fire when you work remotely.

As a physician recruiter, I speak with hundreds of radiologists every year considering remote reading to achieve better work-life balance. Many of whom have found that harmony working for vRad. With that in mind, here are my six must-ask questions for rads doing due diligence on reading remotely.

Teleradiology, a perfect fit for radiologists after residency—whether they pursue a fellowship or not

Radiologists have an important choice to make at the beginning of their careers: do they want to start a fellowship after their residency or immediately join a radiology practice?

Both options can be incredibly rewarding for a young radiologist. And the good news is, there’s no wrong answer.

Radiologists often choose to continue their training after their residency and pursue a one-or two-year subspecialty fellowship. On the other hand, some may find that they would rather skip the fellowship and join a practice right away. And that’s great too! You don’t have to be fellowship-trained by any means to have a long, successful career in radiology. Some of the happiest, most successful radiologists I know are general radiologists.

Looking back on my career as a radiologist—now in its 22nd year and counting—I see three themes consistently guiding my “work-life balance.” These would be control, culture and lifestyle. Let me explain.